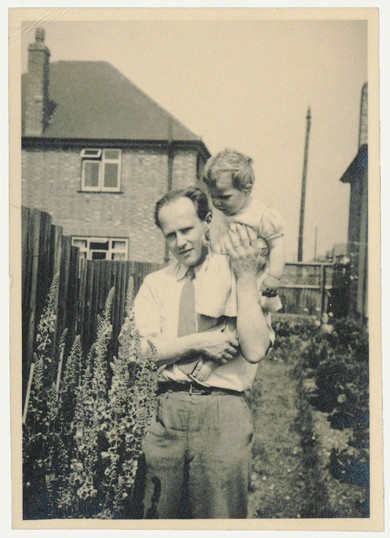 In July 1938 the chemist Frederick R. Eirich was banned from teaching at the University of Vienna. After the annexation of Austria he was considered a "half-Jew". He emigrated to the UK where he was able to take up a position at the University of Cambridge. His wife Maria and his daughter Ursula followed him soon afterwards.

After the beginning of the Second World War, Eirich was interned as an "enemy alien". On 10 July 1940 he was deported to Australia along with 2,500 other internees on the "Dunera" military transport ship. His wife and daughter stayed behind and were interned on the Isle of Man.

Frederick R. Eirich was released from the internment camp at the end of 1941. As a scientist with qualifications vital to the war effort, he was offered a research position at the University of Melbourne. This opened up unexpected career opportunities for him. After spending almost three years separated from his family in Australia, Frederick R. Eirich returned to the United Kingdom in May 1943. In 1947, he was appointed assistant professor at the Polytechnic Institute in Brooklyn, New York. In 1952, he was made a full professor and later appointed Dean of Research and Distinguished Professor. He became a US citizen in 1953. The family did not return to Austria.

On the initiative of their daughters, the urns carrying the ashes of Frederick R. and Maria Eirich were reinterred in Altaussee, Austria, in October 2008.