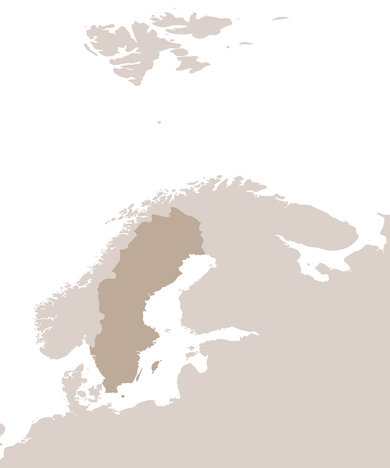 Refugees:
4,000–5,000 refugees from German-speaking areas, roughly half of them Jews.

Conditions of entry:
No visa required until 1939; limited numbers of work and residence permits required for longer stays were issued, Jewish refugees were discriminated against. From March 1938 visa requirement for Austrian passports. From October 1938 rejection of Jewish refugees ("J stamp"). Refugee policy liberalised from 1943.

Initially, only a few refugees sought refuge in Sweden. For some, the country was also a transit point on the way to other countries. The situation changed radically after the German occupation of Denmark and Norway in April 1940. Many who had taken refuge there were now again subject to persecution and rushed across the border to Sweden together with thousands of Danish and Norwegian refugees. From 1943, the previously strict refugee policy was liberalised, thus also encouraging cultural initiatives. German and Swedish artists joined forces to found the Freie Bühne [Free Stage] following the liberal tradition of German-speaking theatre.