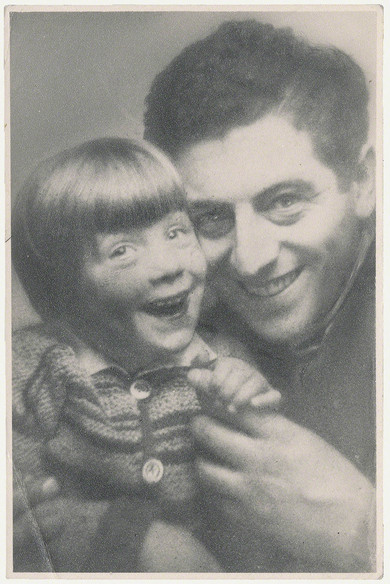 [...] and so I'm starting a training course as an "oxyacetylene and electric welder", 3-month course, no charge, probably free meal once a day in Jewish asylum, but better food, prospect of Carte de Travail and thus the highly sought-after Carte d'Identité [...]..

Adolf Moritz Steinschneider in a letter to his brothers Karl and Gustav, April 1936

The politically committed defence lawyer Adolf Moritz Steinschneider fled to Switzerland immediately after the burning of the Reichstag. There he was tolerated as a political refugee, but not permitted either to work or be politically active. In June 1935 he was prevented from re-entering the country after a trip to Paris. The Swiss authorities denied him the right to asylum because of his alleged political activity. He had to stay in France and lived in dire material conditions. In April 1938 his partner (and later wife) Eva Reichwein and their daughter Marie-Louise emigrated to Paris. Adolf Moritz Steinschneider's German citizenship was revoked in June 1939.

After the start of the war, Adolf Moritz Steinschneider was interned. He managed to get to the unoccupied part of France from June 1940. There, however, he was once again interned and deployed as a "prestataire" (auxiliary soldier) to carry out heavy physical work. Steinschneider was released from internment in the summer of 1942 and returned to his family in the small town of Bellac in the still unoccupied zone of France. August 1942, when Jews began to be deported from the unoccupied zone, was the start of a further dangerous period for the Steinschneiders.

One day after the massacre of Oradour, during which members of the SS murdered 642 inhabitants and plundered and burned the village, Adolf Moritz Steinschneider was kidnapped and murdered near Bellac on 11 June 1944 by soldiers of the same unit.