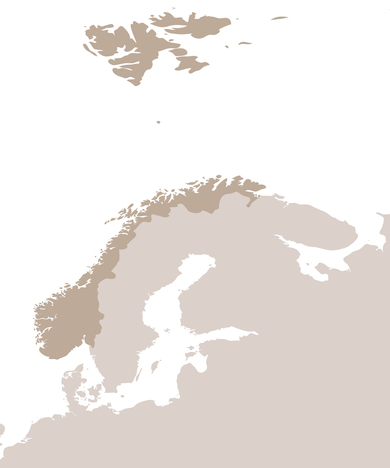 Refugees:
Approximately 2,000 mostly political refugees from the German-speaking areas. Many of them in transit.

Only few refugees emigrated to Norway. At times, the country was a transit point on the way to Sweden or the United Kingdom. Most exiles had been politically persecuted and came from the Communist and Socialist milieu. When they arrived, aid organisations had to guarantee to support them. From 1935, work permits were issued more readily and the emigrants could earn a living for themselves. After the German occupation, many of those who were once again subjected to persecution made their way to Sweden. Most of those who remained were Jewish refugees. From autumn 1942 they were deported to the German extermination camps.