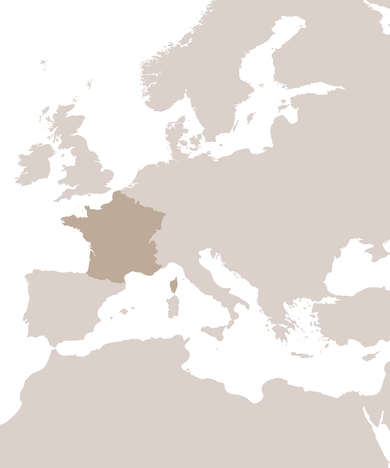 Refugees:
Approximately 100,000 mostly Jewish refugees from the German-speaking areas. Many of them in transit.

From 1933, France was initially the most important host country in Europe. The majority of refugees were persecuted as Jews. But, alongside Czechoslovakia, France was also the most important country of refuge for political refugees, in particular supporters of Communism and Social Democracy. The country developed into a centre of political and above all cultural activity in exile. Numerous German-speaking newspapers and magazines were published. After the outbreak of war, thousands of emigrants were interned as "enemy aliens" in camps. Hardly any exit visas were now being issued, meaning that many were no longer able to escape from renewed persecution by fleeing overseas.