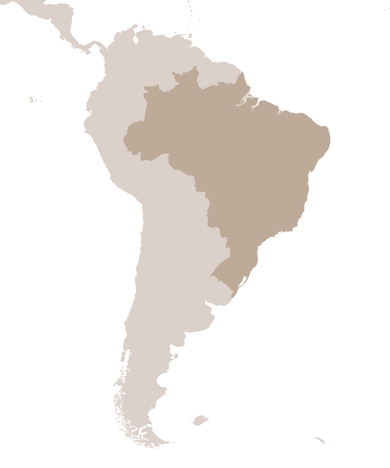 Political situation:
Formally a republic; nationalist and anti-Semitic tendencies; coup in November 1937 and proclamation of the dictatorial "Estado Novo". Reversal of foreign policy in August 1942: Support for the USA and declaration of war against Germany.

After Argentina, Brazil was the second most important country accepting refugees in Latin America. Emigration was concentrated on the cities of Rio de Janeiro, São Paulo and Porto Alegre, as well as some rural settlements in the south. There, too, was the Rolândia colony in which German culture was intensively fostered. Many exiles looked to this colony, located in the middle of the Brazilian jungle, with a sense of nostalgia for Germany. From early 1938 foreign language publications were forbidden in Brazil. After Brazil entered the war, the German language was forbidden in public. This represented a severe restriction and meant that the refugees had to adapt themselves with greater application to the new culture.